This site uses cookies to provide and improve your shopping experience. If you want to benefit from this improved service, please opt-in.
More Info
Save Preferences
Get an extra 10% off across the entire site with code: EXTRATEN
Free Standard Mainland UK Delivery
Loyalty Points Available
Express Worldwide Shipping 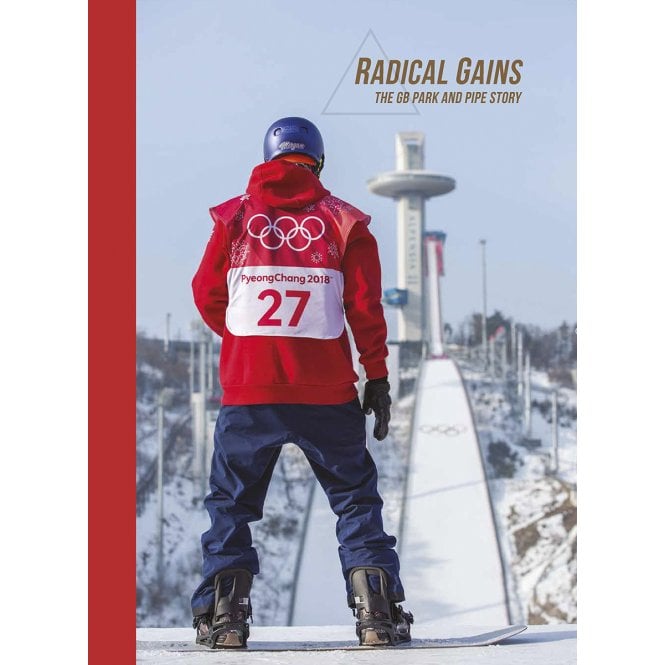 Code: 80066
Item(s) in Stock Item out of Stock | Usually dispatched within 24 hours
Loading...
Free UK Delivery Over £100
Order before 12pm for next day delivery (not available with free delivery option)
Worldwide Shipping Available Click here to find out more >
Ask A Question
Email A Friend
Add To Compare

“Forget marginal gains: Radical Gains is the fascinating story, full of stoke and snowsports, of GB Park and Pipe.

With more than 180 images from across the globe, and contributions from the best writers and photographers in the action sports industry, it charts the rise of Great Britain’s freeski and freestyle snowboarding team.

From the early days of British skiing and snowboarding, to the celebratory events of Sochi and PyeongChang, Radical Gains reveals how GB Park and Pipe became one of the most respected snowsports teams to date.”

Pick up a copy of this book and it will change your whole perspective on a country, and sport, that nobody would have married up somewhat 10 years ago. Most punters probably wouldn't have even set foot on a pair of skis or a board in the UK until the present crop of snowdomes appeared. What's fascinating though, is that the UK's history in snowsports doesn't really span back too far (about 30 years), and even then it was only a minority who chose to hit Dendix in places like Rossendale and Halifax.

Radical Gains tells the fascinating journey of GB Park and Pipe, from the early days of British ski and snowboarding right through to the celebratory events of the PyeongChang 2018 Winter Olympic Games. With editorial commentary from the industry’s leading writers, including BBC’s snowboard correspondent Ed Leigh and action sports journalist Matt Barr.

- The fascinating journey of GB Park and Pipe, from the early days of British ski and snowboarding right through to the celebratory events of the PyeongChang 2018 Winter Olympic Games.

- A limited edition quarter bound book featuring images from the best action sports photographers of the past 30 years.

Be the first to review Radical Gains - The GB Park And Pipe Story. Write a review

If you are purchasing ski's and bindings and require them to be mounted please provide mounting details in the notes box at the checkout. to mount bindings we require the skiers; age, weight, height, ability level and boot sole length (in mm stamped on the boot). Ski orders recieved without mounting information will be dispatched un-mounted.

Find out more about delivery and charges

No additional taxes or charges apply if your parcel is delivered inside the EU. For countries outside the EU, local import duty and tax may apply. Any such charges must be paid by the customer. Please check with your local tax authority before placing your order.

Returns Period - We will happily refund or exchange any item purchased from Ski Bartlett within 14 days. Exceptions apply to certain products such as ski's that have bindings fitted.

Exchanges – For a speedier exchange, we recommend that you return your original item for a refund & reorder online.

Ways to return your goods: